A unusual photoexhibition in the streets of Zurich organized and promoted by the local Radio 24. 100 photos representing the city of Zurich in a unusual way have been choosen by a jury and are now in display on billbords in the streets. Very creative idea way better than the usual postcards subjects from the last decades.

The harborcrane “Hafenkan” installed last summer on the Limmat was the source for controversial discussions. Is it art or simply a waste of money?
Gear used: Nikon D800 Nikon 12-24mm 2.8 Lense

link to the photo: Hafenkran 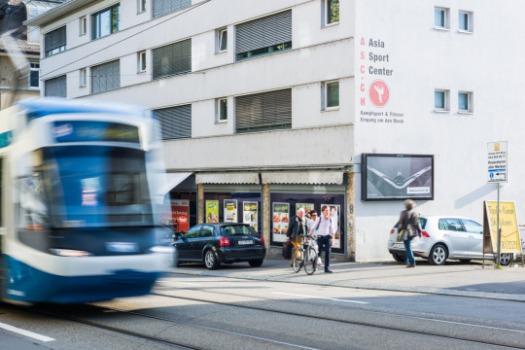